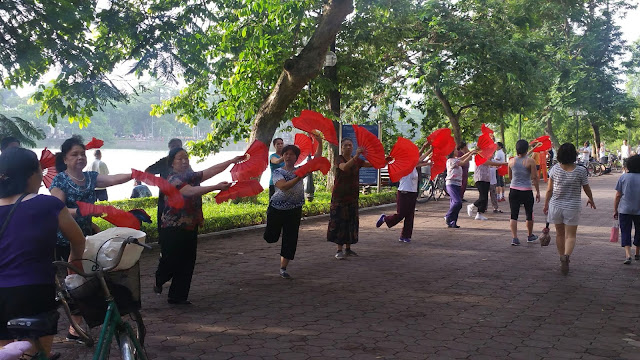 After quaint, scenic Hoi An, we flew north to Vietnam's capital city, Hanoi.  A bustling, funky city that embraces its history more tightly than Ho Chi Minh City; memorials and artwork of military victories over the French and the U.S. are way more numerous than in the South.

While HCMC seems to look mainly ahead to the future--business, growth, money, Hanoi retains much of its old colonial charm and ancient ways of doing business.  It's overloaded with loud motorbikes and honking cars like other SE Asian mega-cities, but the Old Quarter, where we stayed most of the time, is a bit more walkable and has the beautiful Hoan Kiem Lake right in the middle. 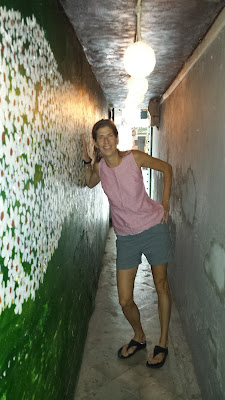 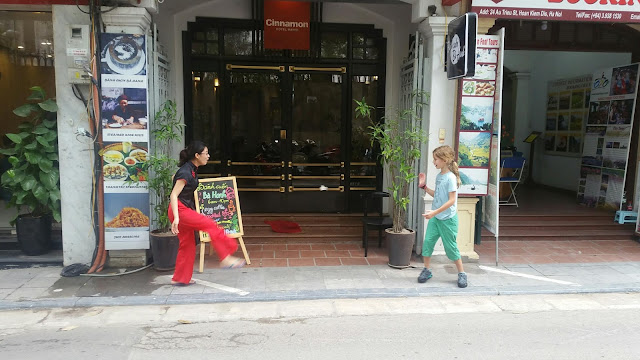 Instead of hacky sack, Hanoians play a cooler version that Scott calls kicky bird, it flies farther and has feathers.  People are playing it all over the streets and parks. the official name is "foot badminton." We are still trying to figure it out.  Here Zaylie plays with Mei who runs our cute hotel. 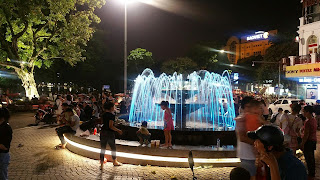 Fountain and round about near lake Hoan Kiem.  So much is always happening around the lake especially early in the morning and after sunset- taking advantage of slightly cooler temps.  On a walk one morning we saw the dudes lifting some impressive DIY weights.  Further down the ladies are dancing and moving and some with red fans- super lovely scene. 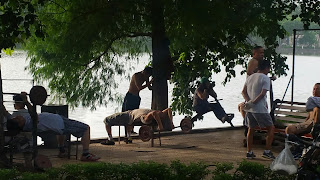 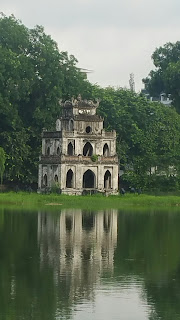 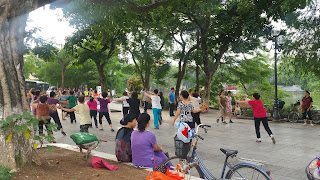 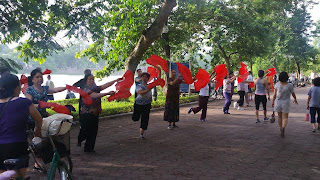 
Another frequent sight in Hanoi are the bikes of burden.  People, mostly women, carry huge quantities of stuff all day and many innovative ways.  Bikes are sometimes used to roll goods and not ride. 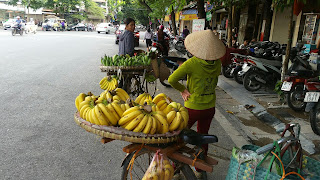 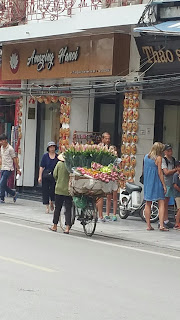 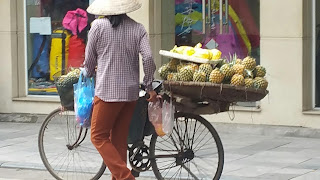 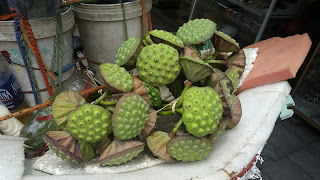 These plants- I love. 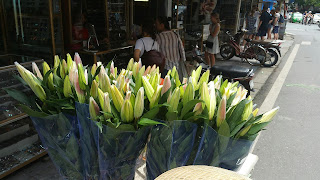 Much of the focus of Hanoi's museums and memorials is on the country's conflicts with the French and U.S. 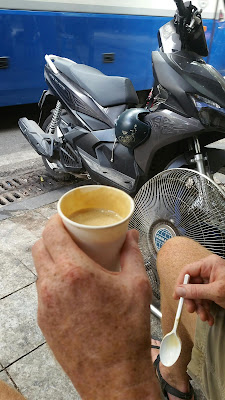 Another super delicious find up north is Egg Coffee, wish we could drink more but it's way potent and way rich. 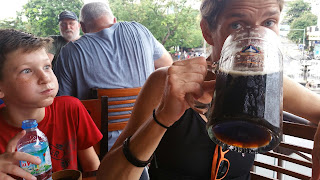 Once we are done with coffee, of course we move on to beer.  Lach may have some feelings about the size of this stein. 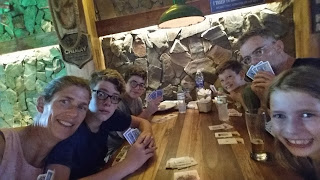 Lots of family dinners and cocktail hours mean lots of card games too. 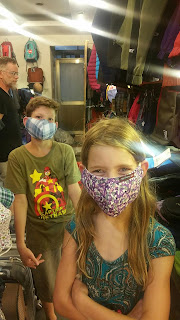 
One curiosity about Hanoi's Old Quarter is that on many streets here all the merchants on a particular block sell all of the same stuff.  It's like aisles at a Home Depot.  On the street below, we have continuous shoes stores for blocks. Another street is all sunglasses.  Another street is all motorbike saddle repair.  Apparently Hanoi's merchants used to be organized according to what guild they belonged to, and this practice continues to some extent today.  We are all perplexed of how this can work.  Can it be really still be profitable for a merchant to be located right next to all your competitors, and how does one decide which place to buy their adidas? 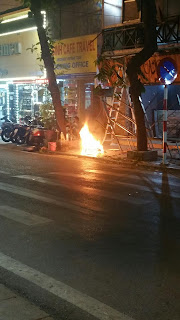 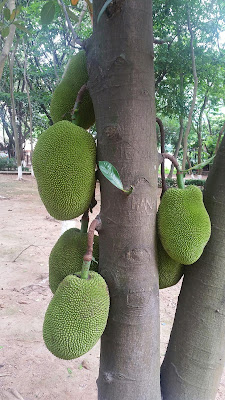 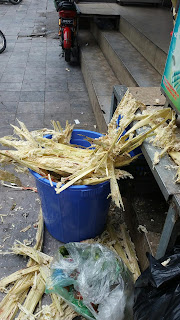 They make a sugar cane juice here on the streets, it's not our favorite bevvie, but does produce some impressive debris. 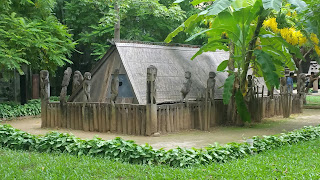 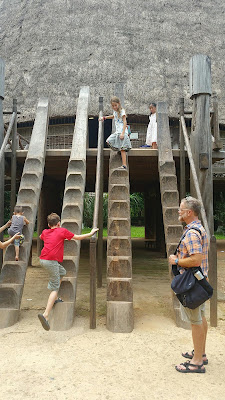 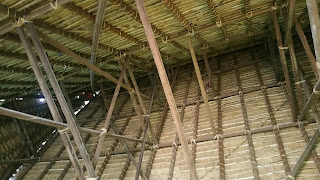 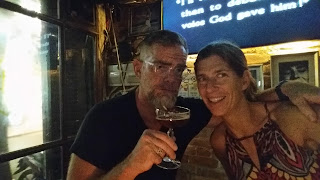 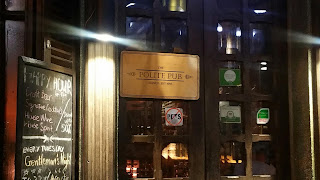 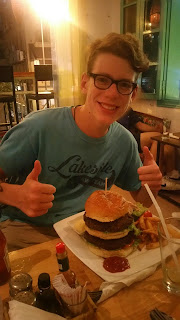 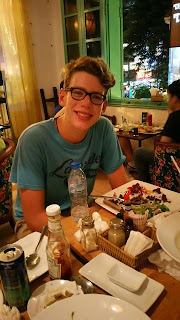 Being together 24 hrs a day, we are all very aware of our respective food intake.  This guy is growing on this trip literally before our eyes--he's probably 6'2 by now.  Here is the "large" veg burger Fin ordered.  We never thought he could actually finish it.  Yep he did.  He is rarely full these days.