A Swing through Singapore

With a few regrets, we flew North to Singapore from beautiful Palau Flores in Indonesia.  Finley had a friend who visited Singapore a few years ago, so he was a fountain of facts about this interesting city-state. It’s a very environmentally focused country with creative ways of disposing of trash and keeping its outputs carbon neutral. Despite its cosmopolitan, wealthy vibe, it’s basically a socialist system and 90% of residents live in government housing.  It’s exceptionally clean and very safe.  It’s also famously humid, and we frequently scurried into air conditioning for a cool-off. 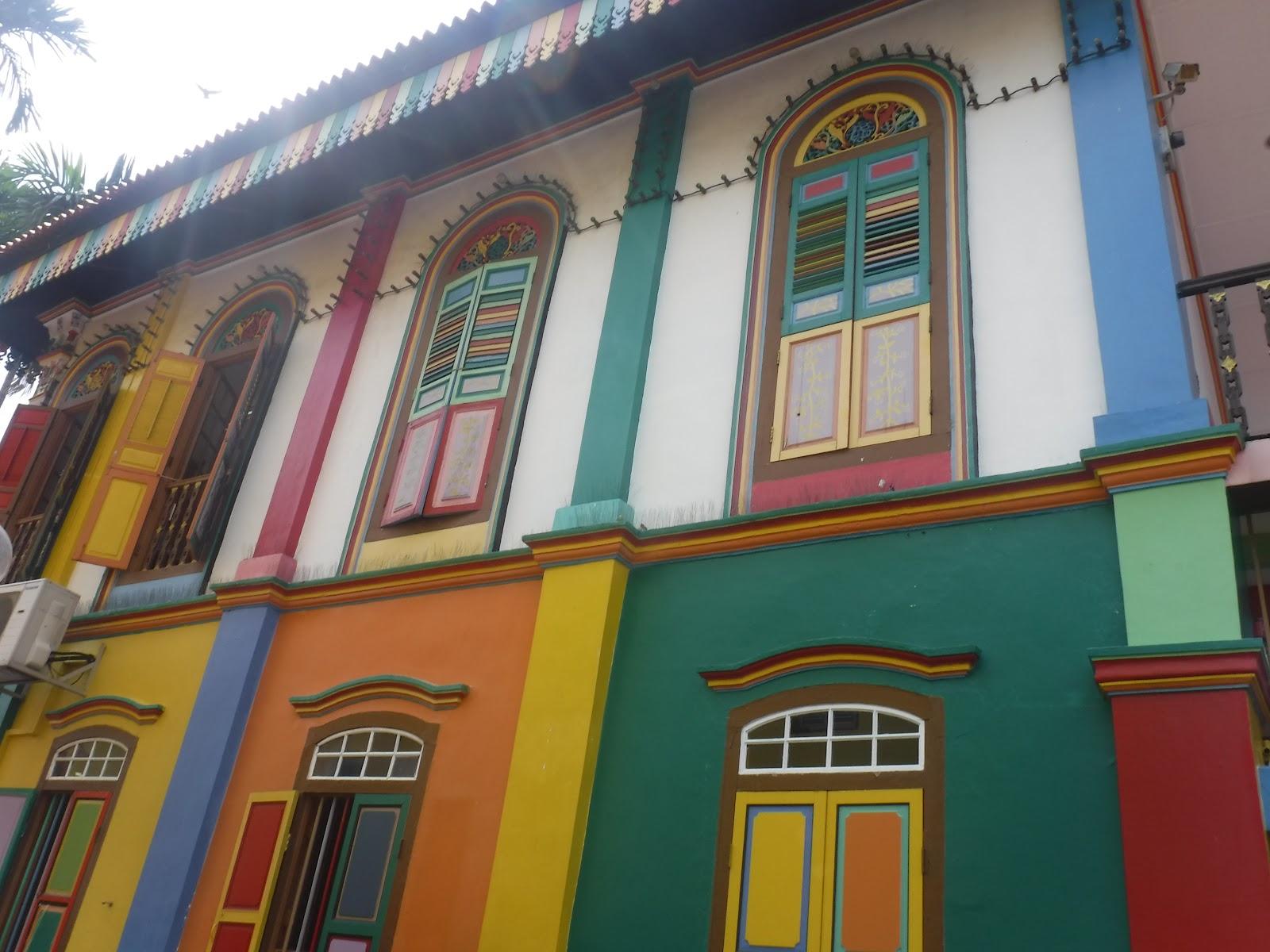 Public transportation is excellent and traffic is very manageable.  Singapore has essentially regulated away the scooter hordes that plague other big cities in SE Asia--levying huge fees & taxes on scooters and motorcycles. For a change of pace, we stayed in Wink Hostel, a cool backpacker destination with a few large family rooms.  The individual pods were a hit.

On our first day of exploring, we were met and shown around Little India and Arab-town by the wonderful Robin Smith, an expat Idahoan who sailed on the Wunderpus with us along with her husband Roland.  Robin and Roland have been living & working in Singapore for four years and love it. Two Signapore Slings at the famous Raffles Hotel set us back about $60 U.S.  Ouch.  At least the bar was full of other tourists paying through the nose for spiked pineapple punch. The Super Trees (Megan's favorite) were a cool attraction. 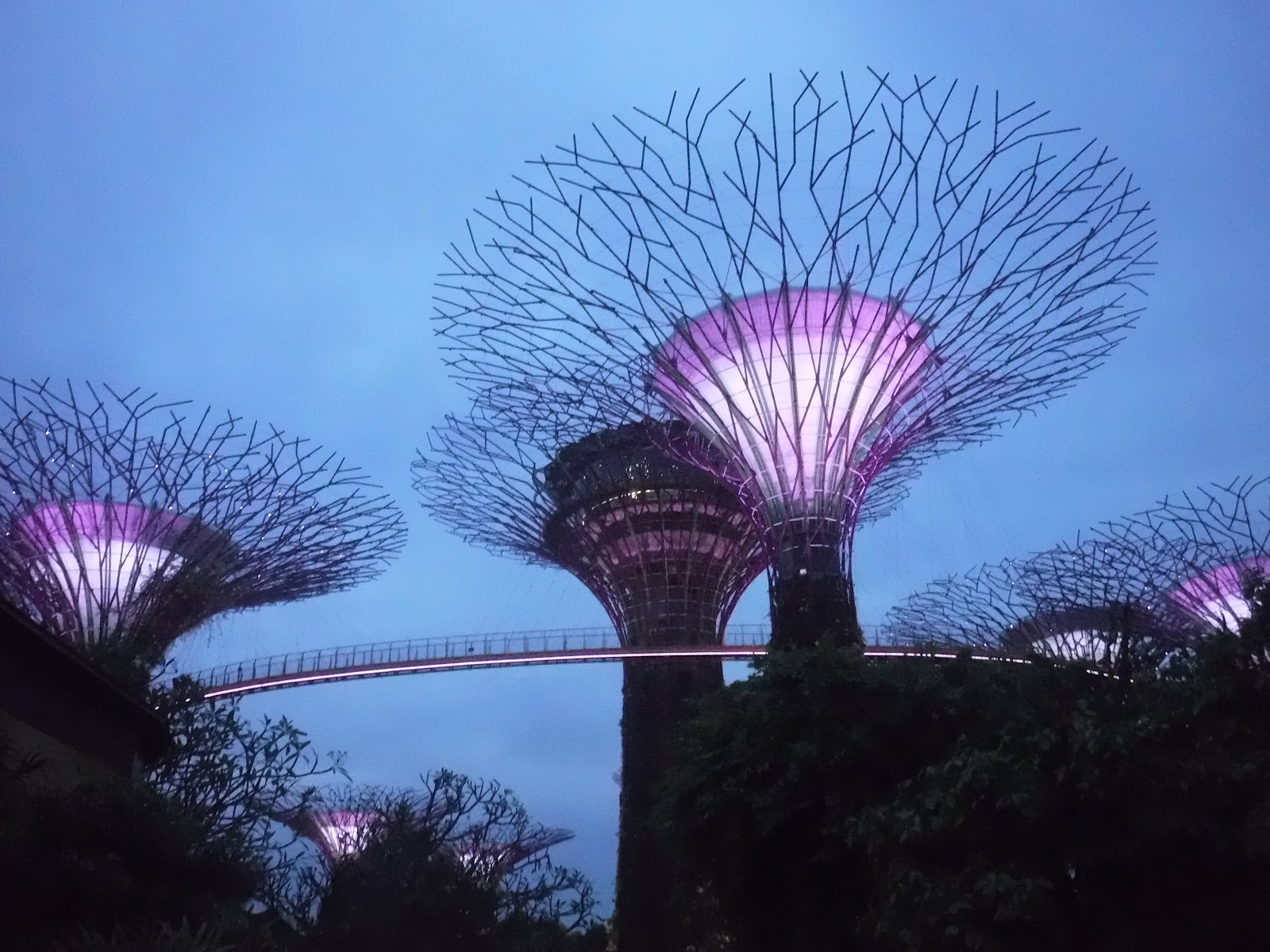 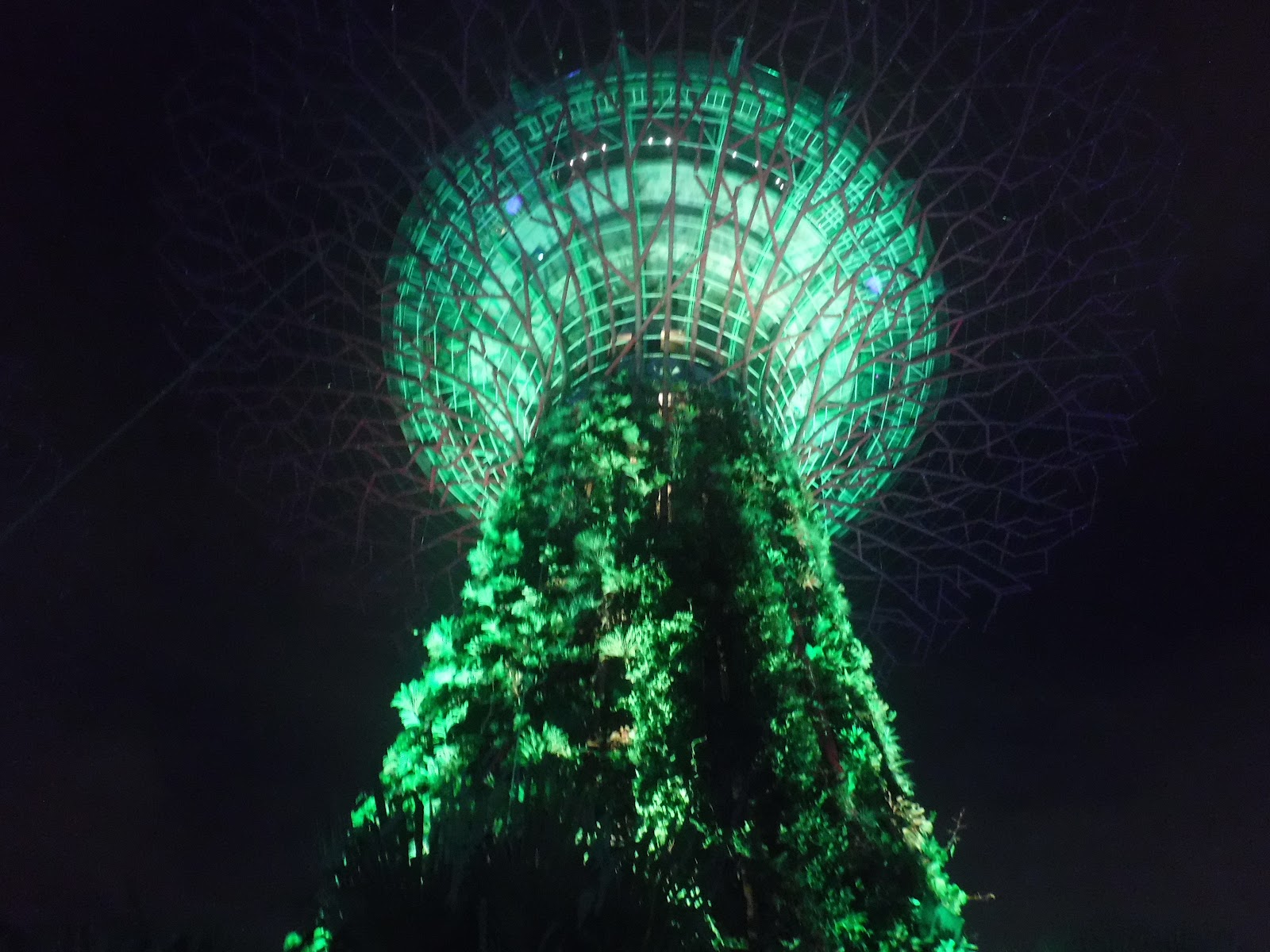 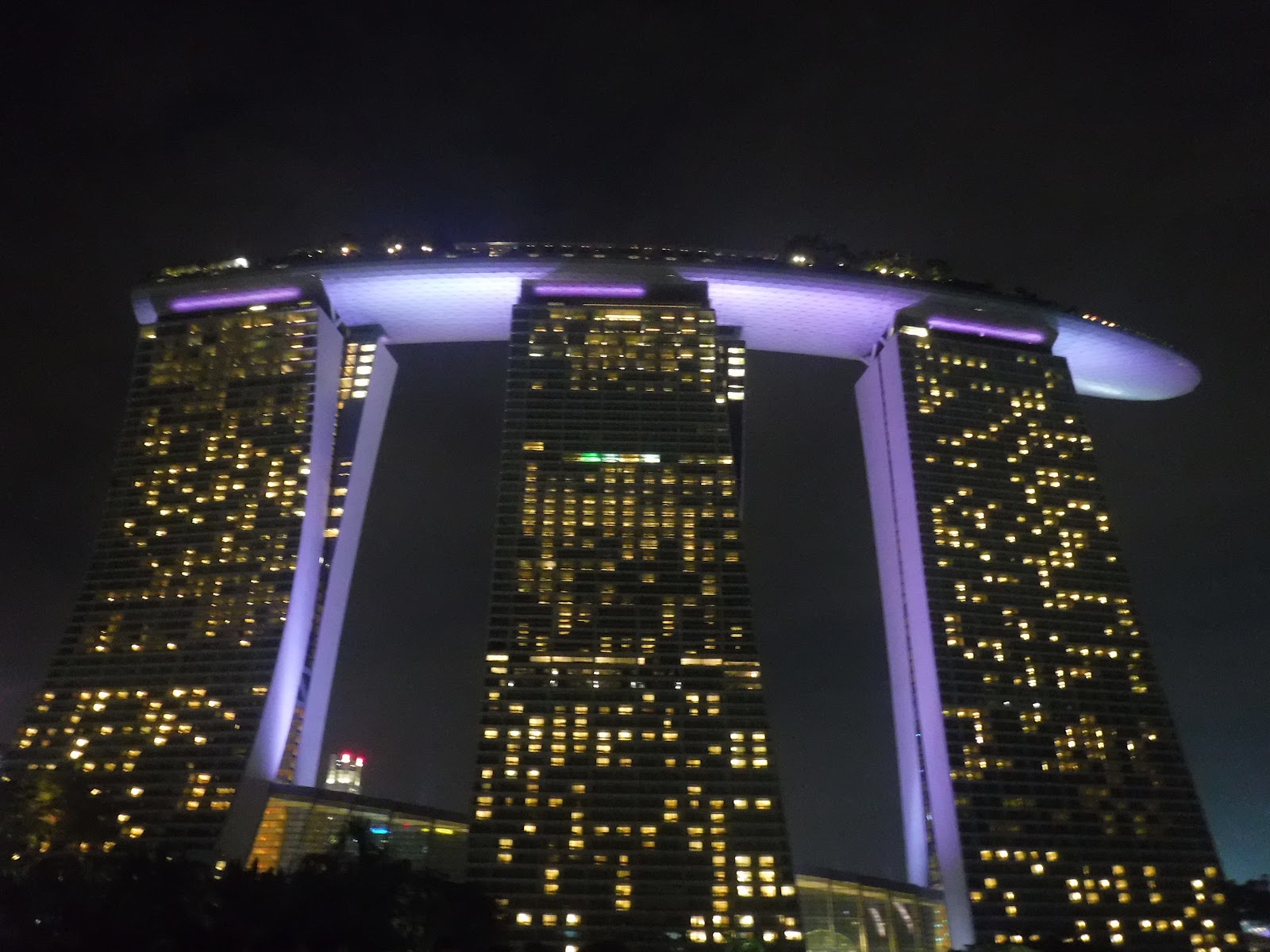 The Marina Bay Sands Hotel/Casino/Shopping Mall, which seems like it was visible from everywhere in Singapore, has a weird UFO/Ocean liner hat 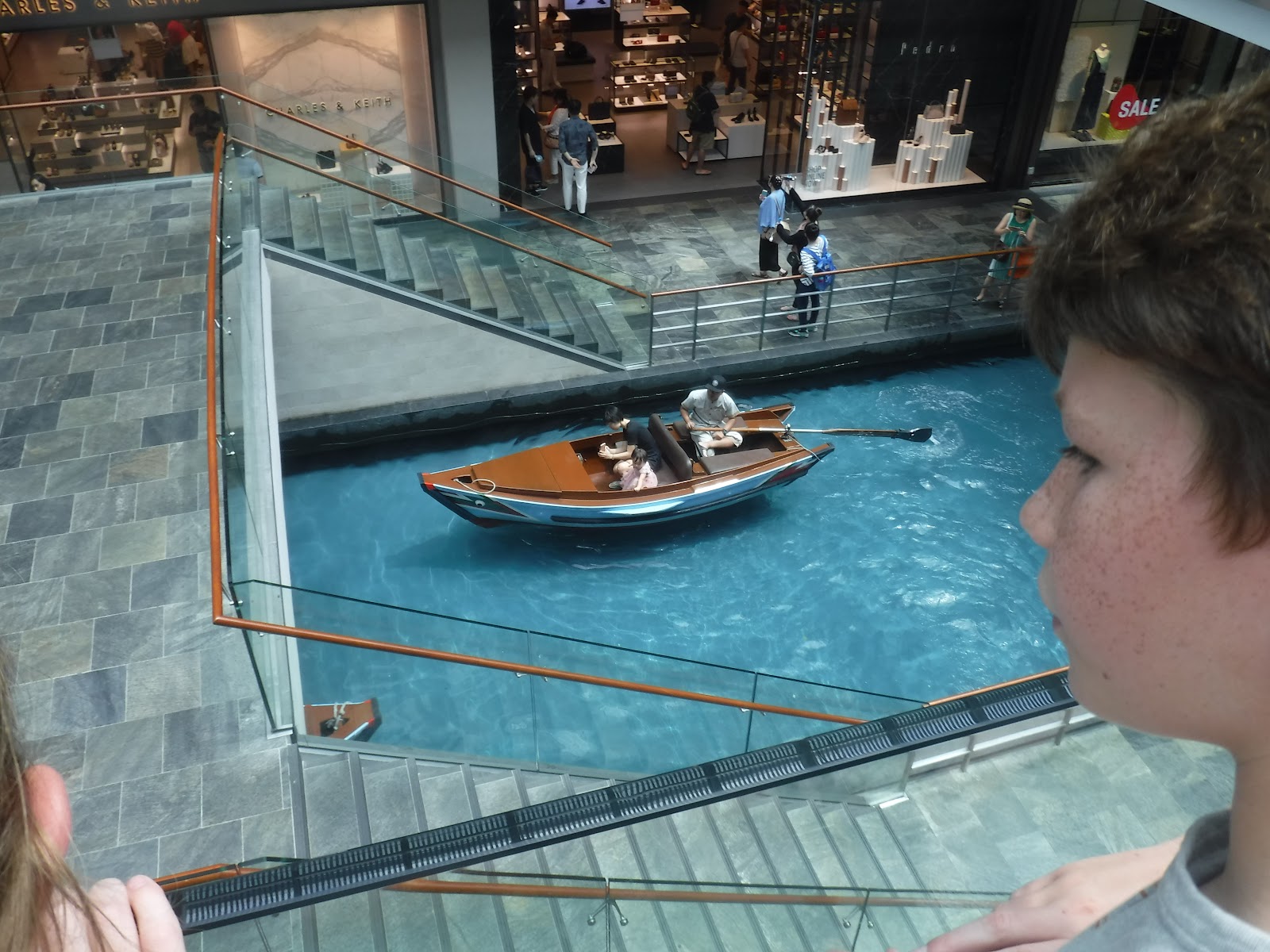 When one does not feel like simply walking in the mall beneath the Marina Sands, one takes a hired boat. Requisite shot with the Singapore Merlion 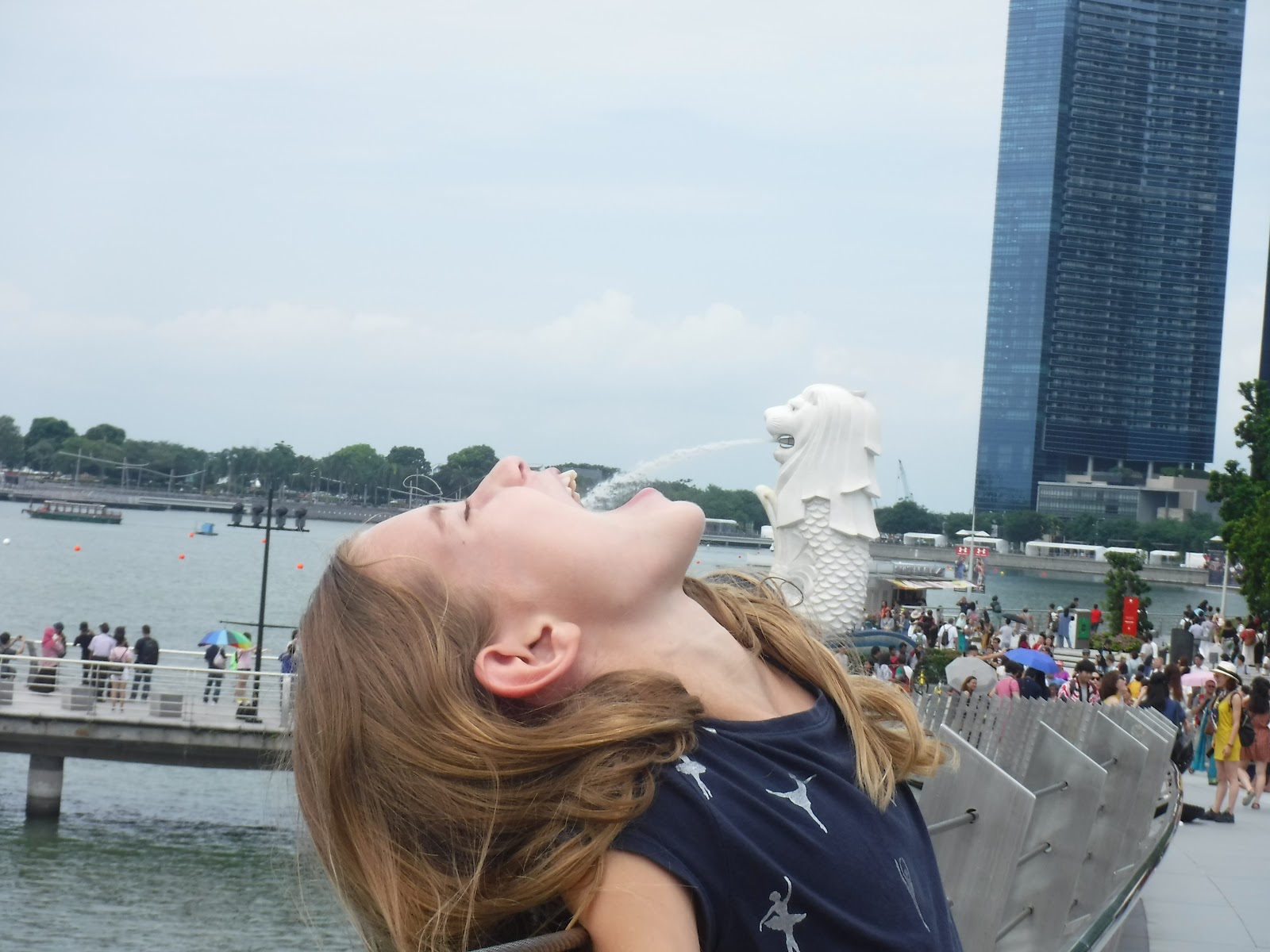 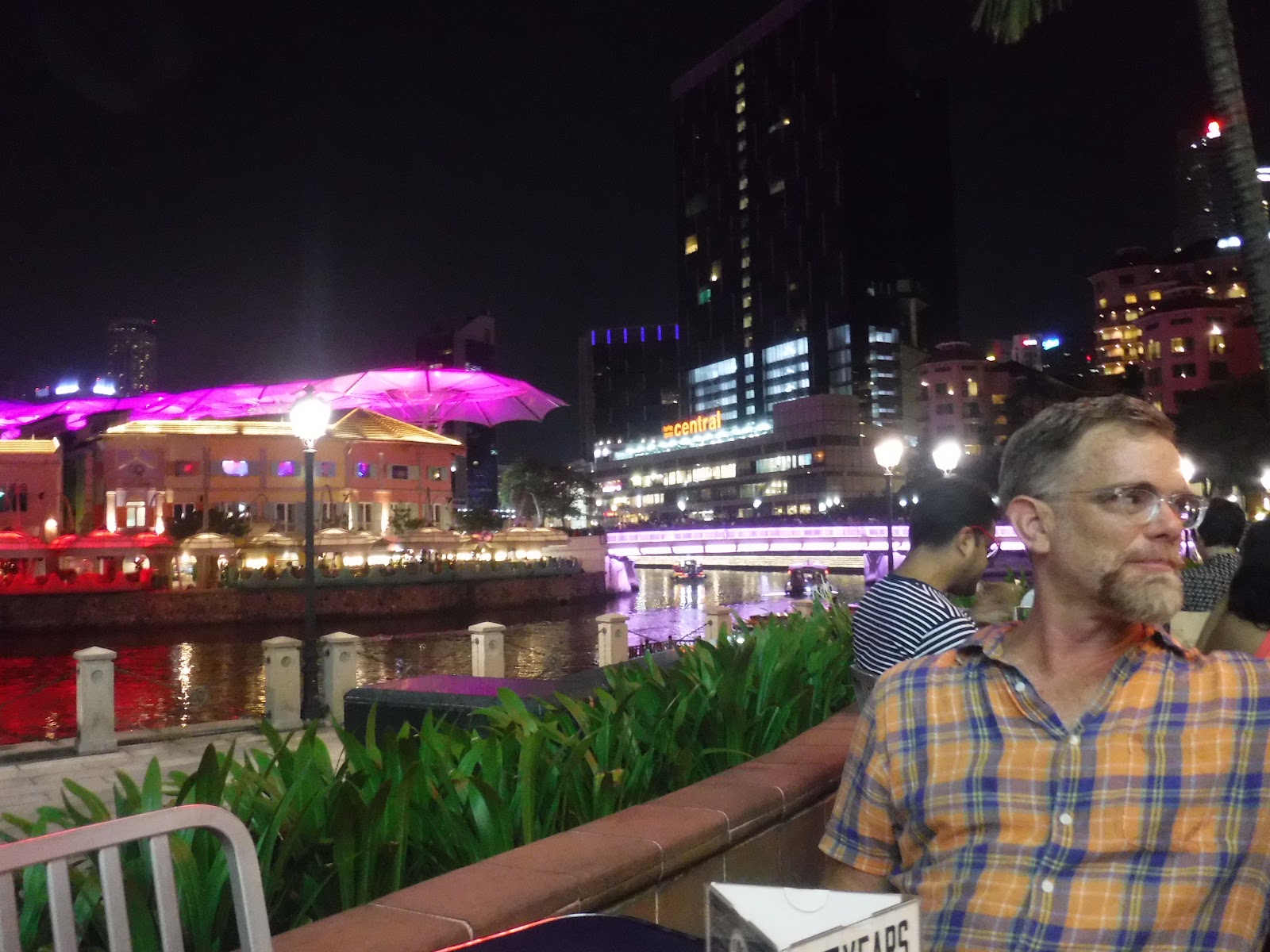