After the fast pace of Singapore, we slowed down for a few days in laid back Ipoh, midway up the Malaysian peninsula. We took the train all the way from Singapore, arriving at 2am.  The section of the trip North of Kuala Lumpur’s central station was on the “Jungle Line,” a newer high-speed train that quietly sped up the peninsula at about 90 MPH.

A tin mining boomtown in the 19th century, today Ipoh is a hub for Asian tourists headed to the lakes, jungles and mountains in the Malaysian state of Perak.  Except for a thriving Old Town area, central Ipoh was fairly run down and made for hazardous walking because of all the open drains & sewers. 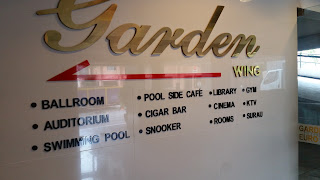 Our hotel had seen better days.  A weird amalgam of two separate, old hotels connected by a skywalk over a small alley, it boasted its own cinema playing American movies from @2013, and a Chinese herbal medicine shop. 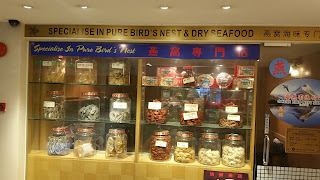 The thumping bass from an attached nightclub didn’t let up until 3am—perfect for a family stay!

Ipoh’s old town area was better maintained, and had many decent coffee shops and a few boutiques.  The arts scene was evident, with a mural-trail to follow.  Old town also had a few family friendly destinations like the Funtasy House, a “trick arts” space with neat optical illusions by a group of local artists. 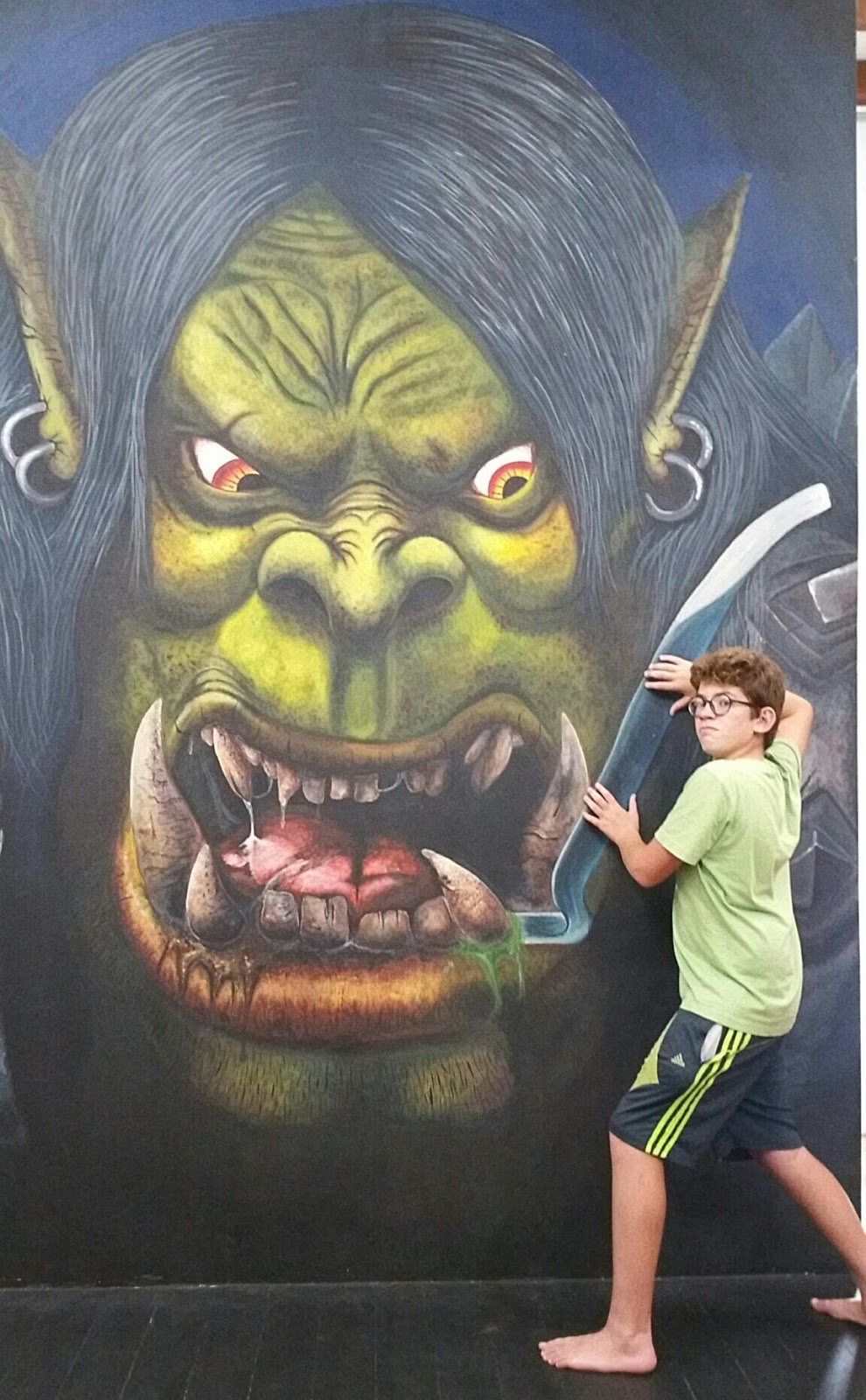 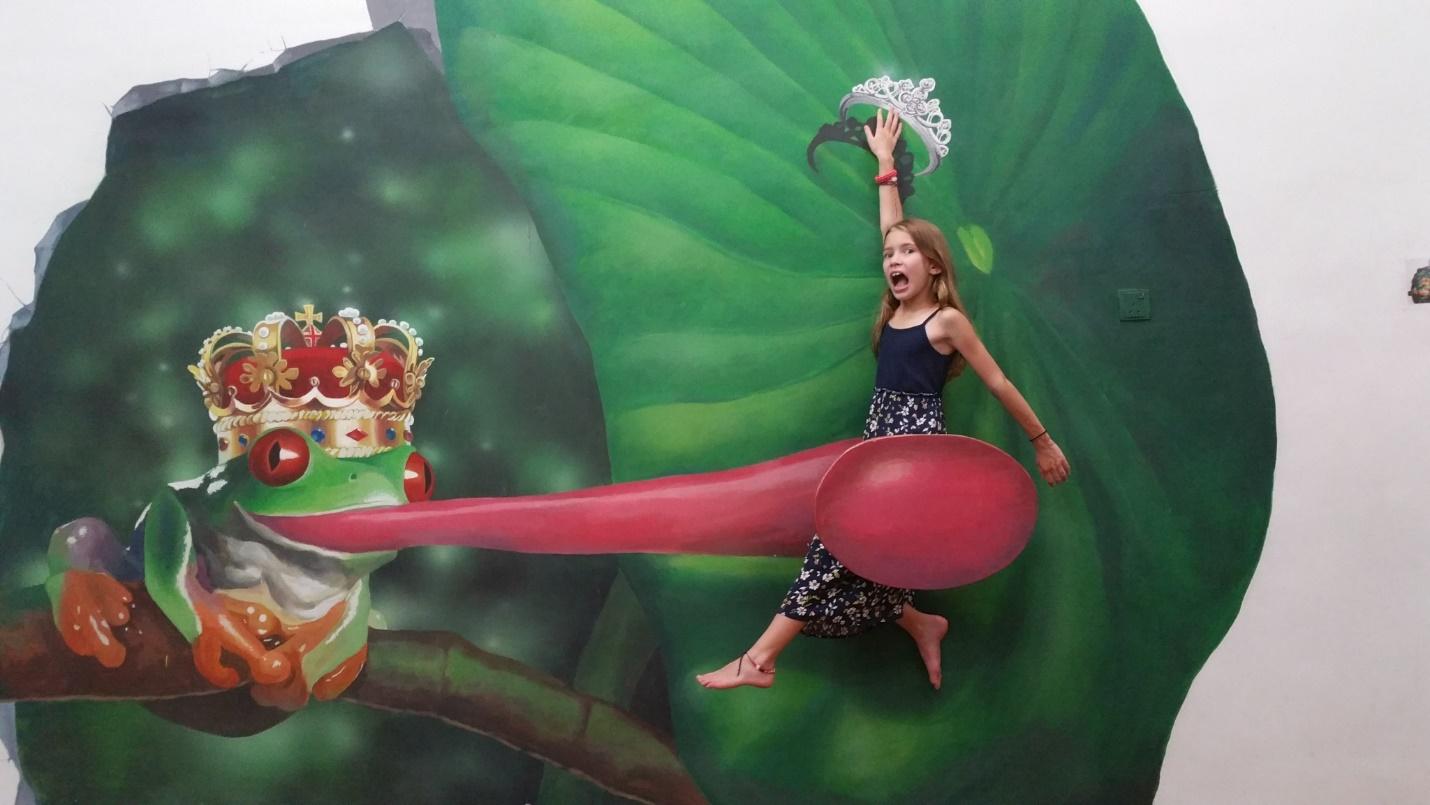 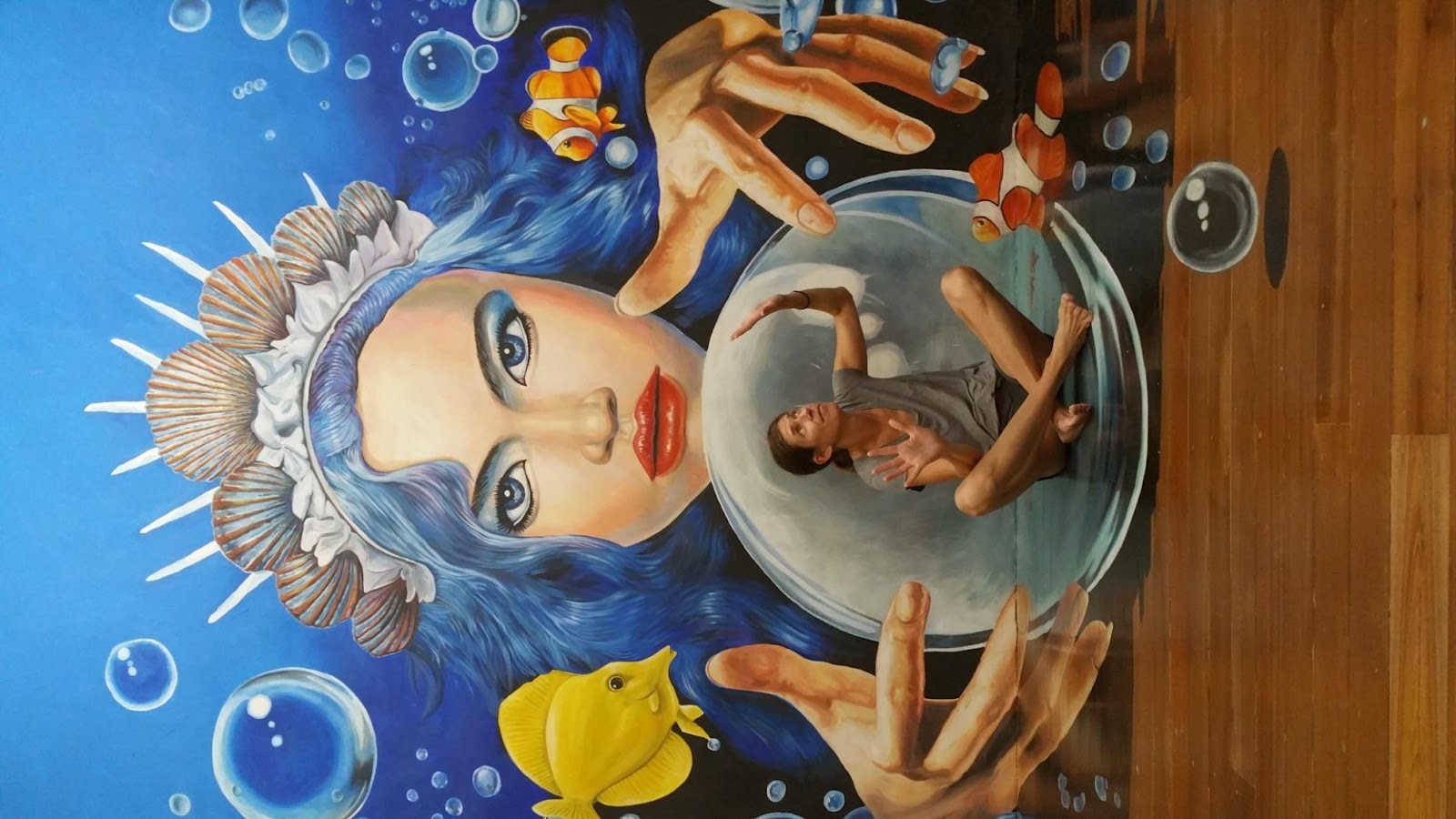 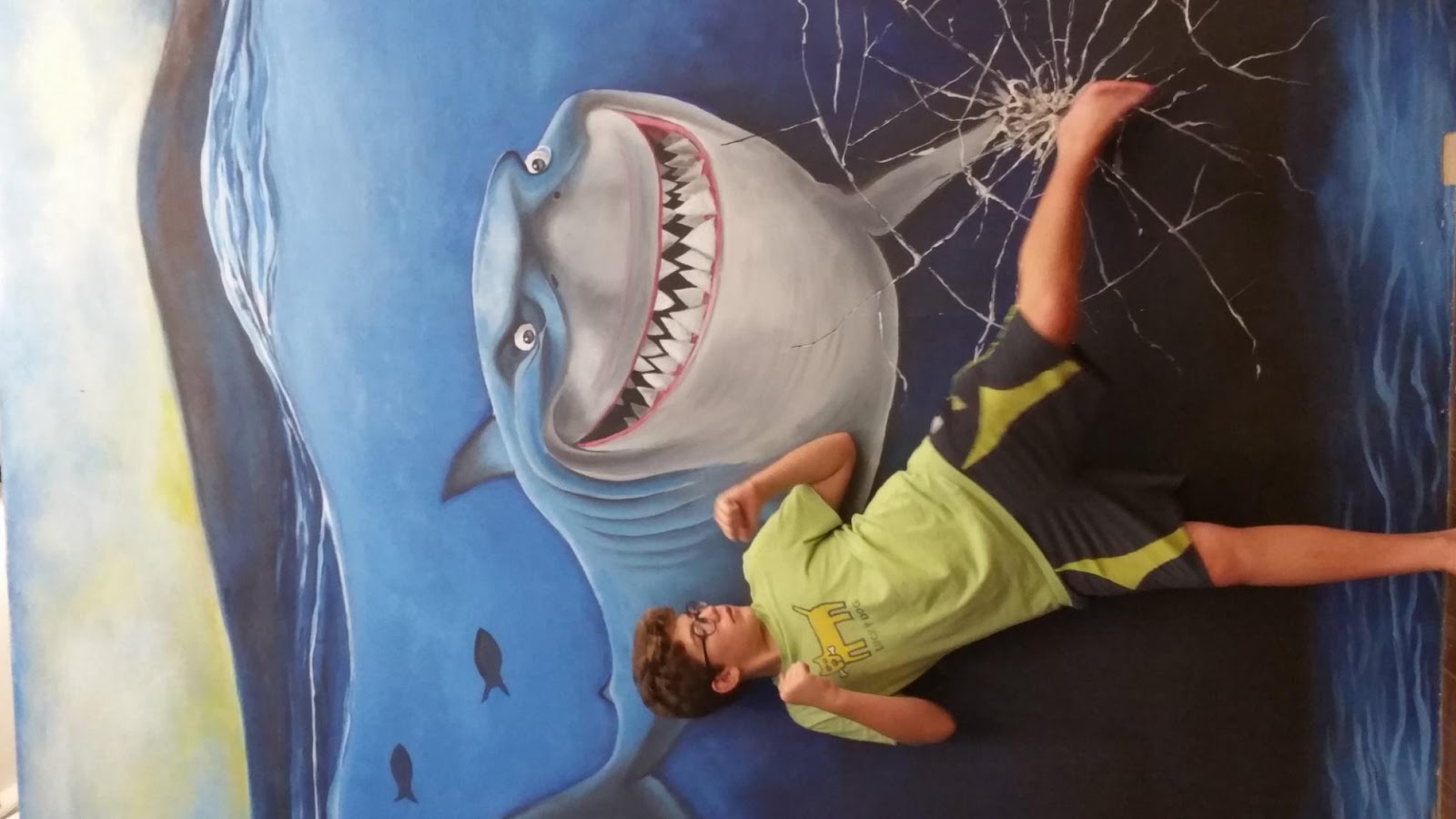 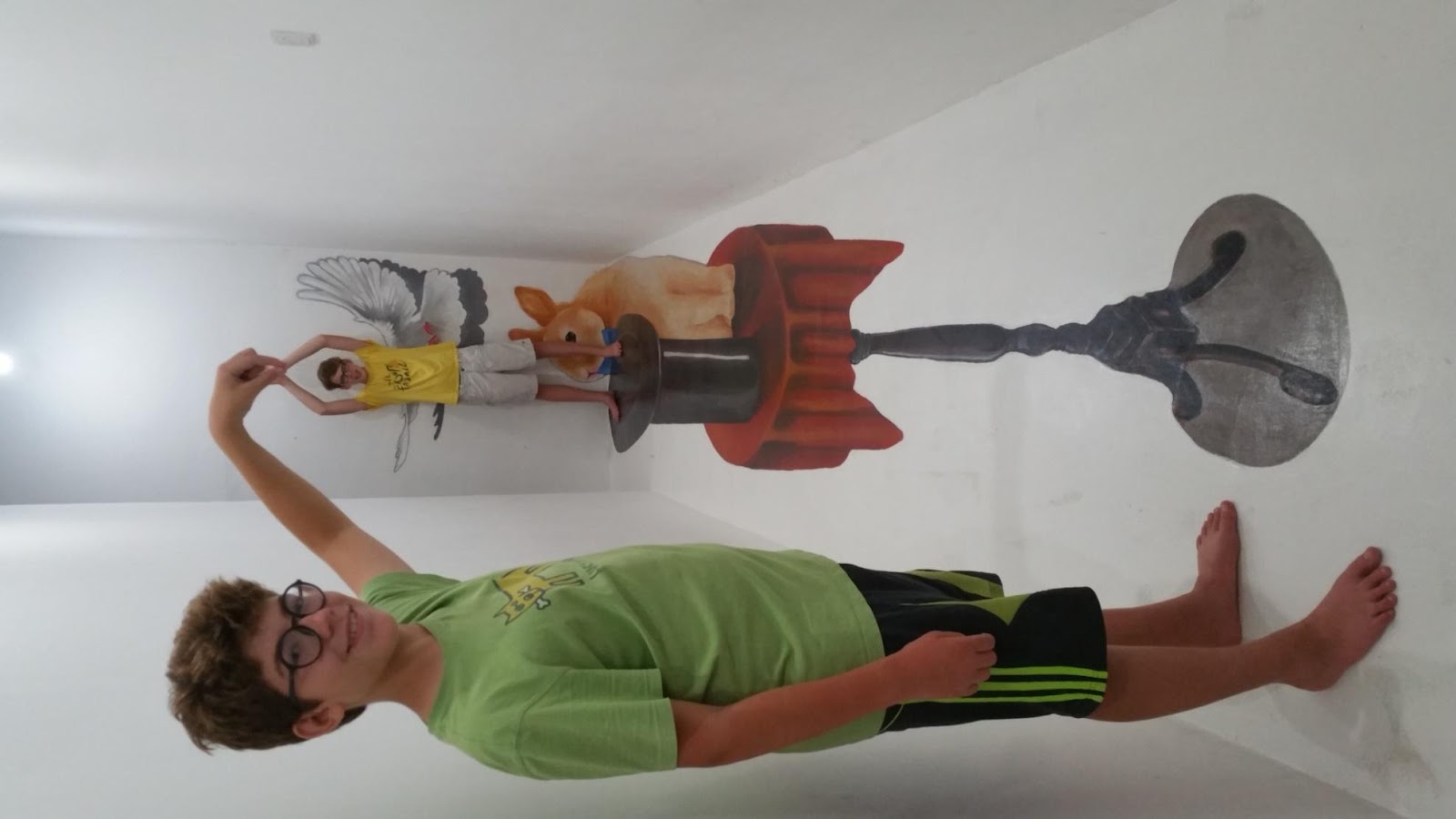 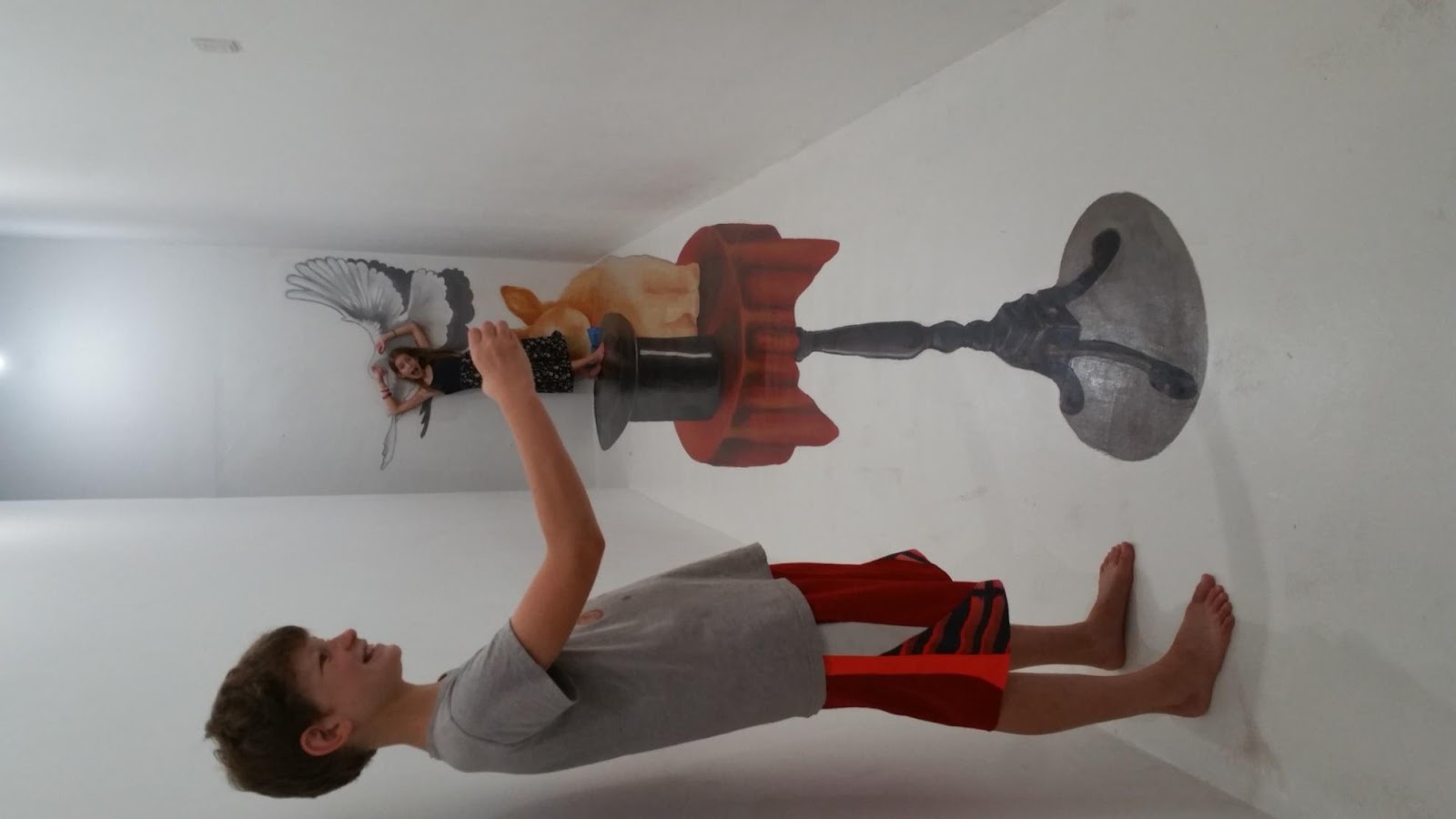 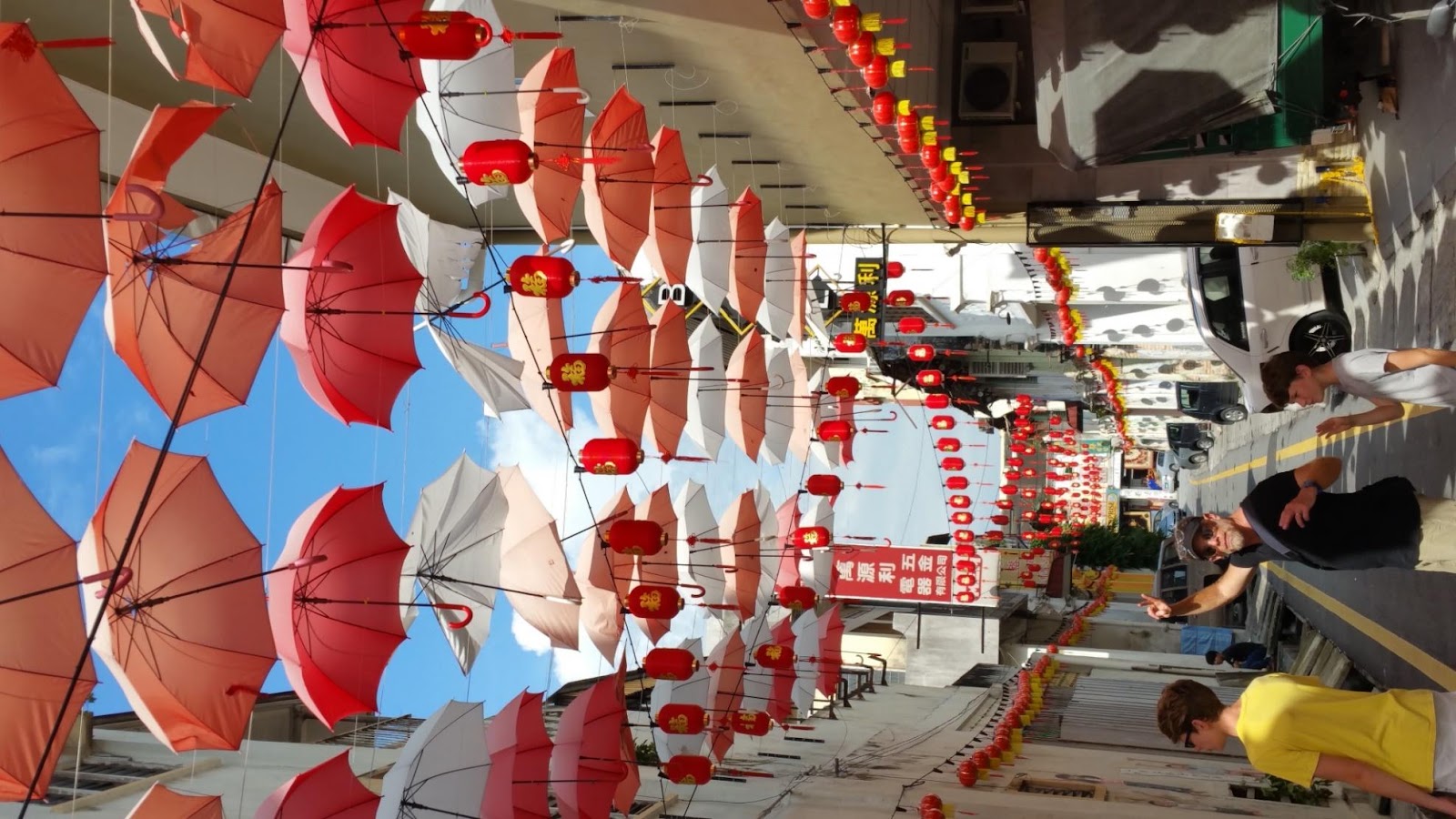 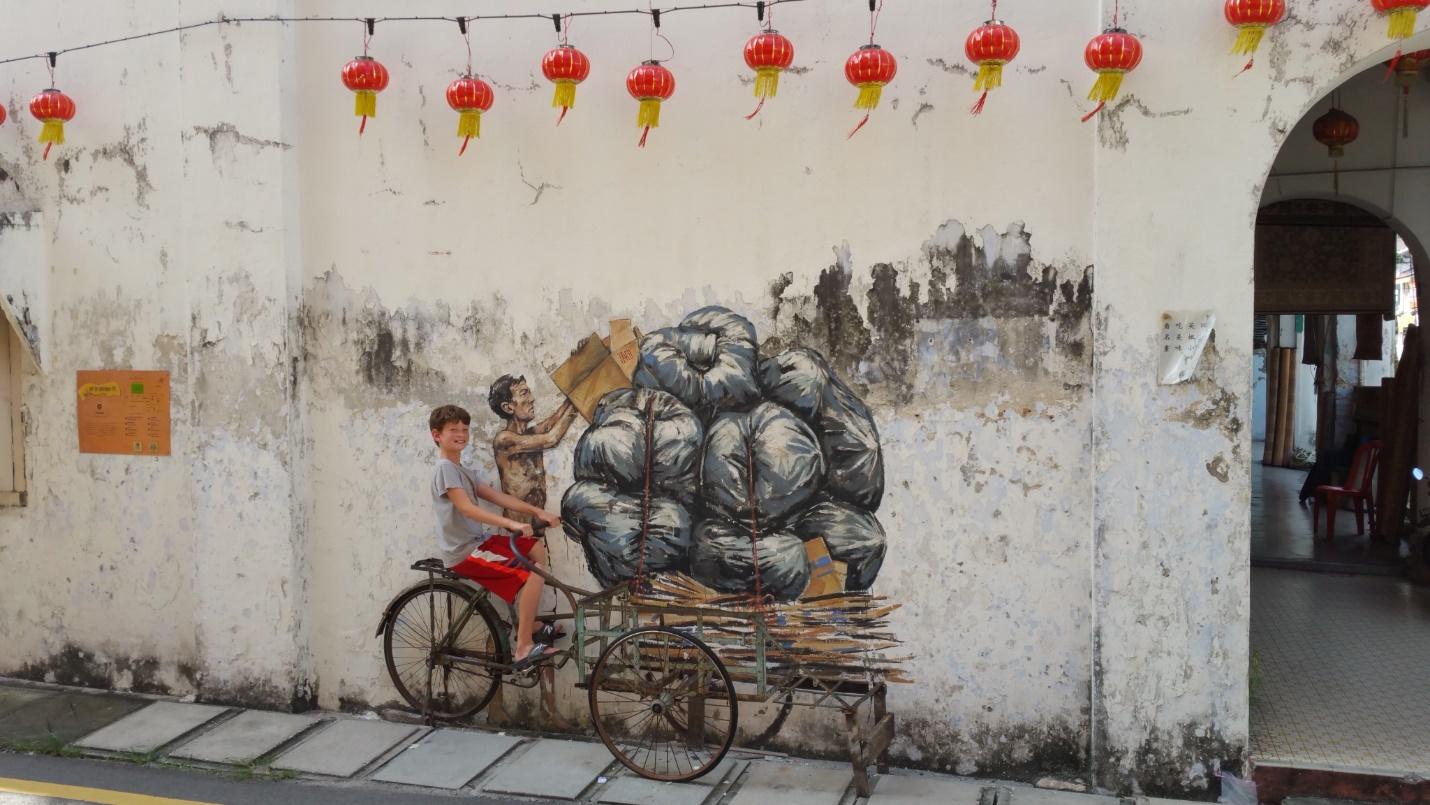 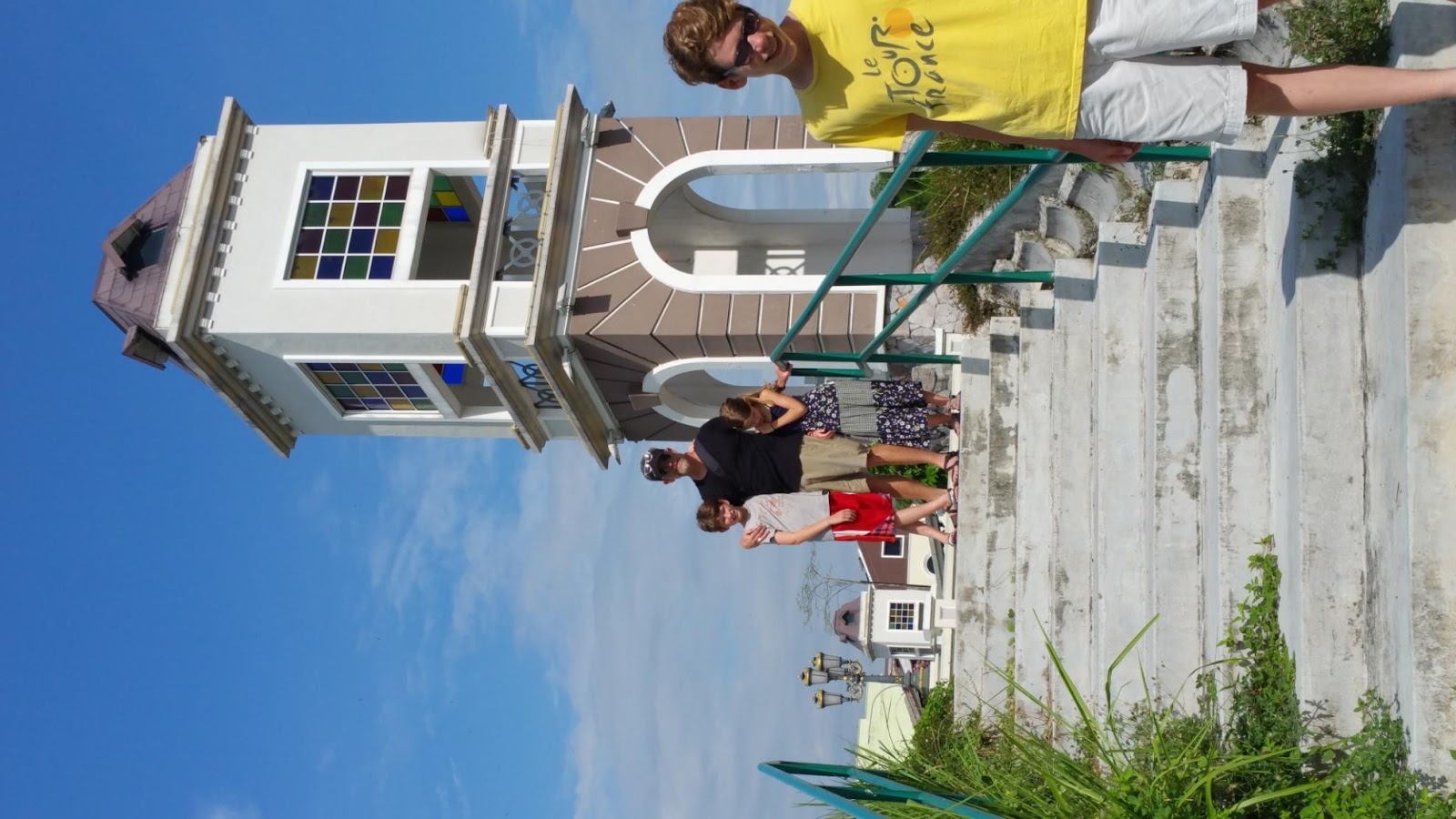 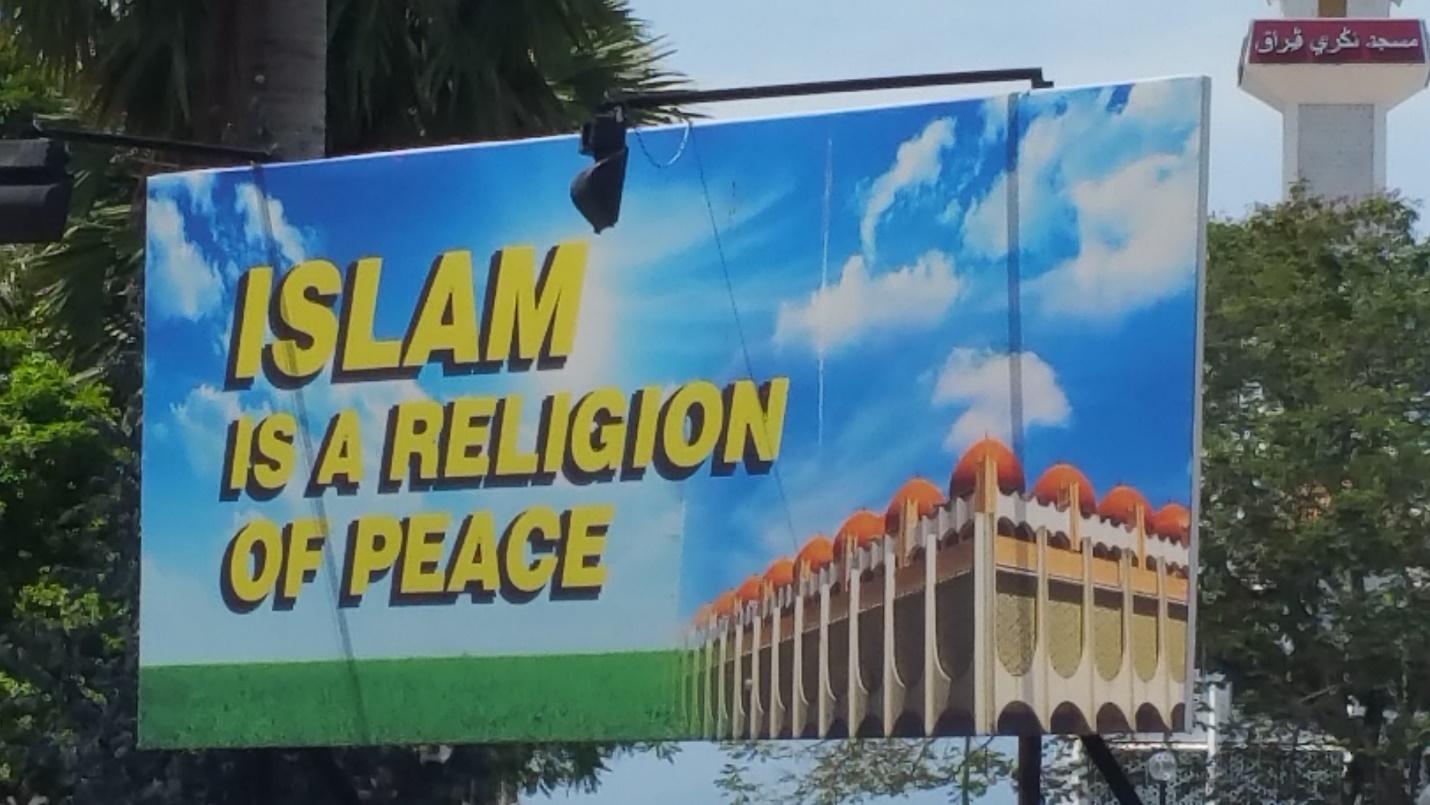 After a few days we switched from central Ipoh to the ‘burbs, staying near The Lost World of Tambun, a surprisingly nice clean water park on Ipoh’s outskirts.  Tasty food, good water slides, and a fire breather show to cap off the evening.
After the water park, we were back on the train headed North to Penang. 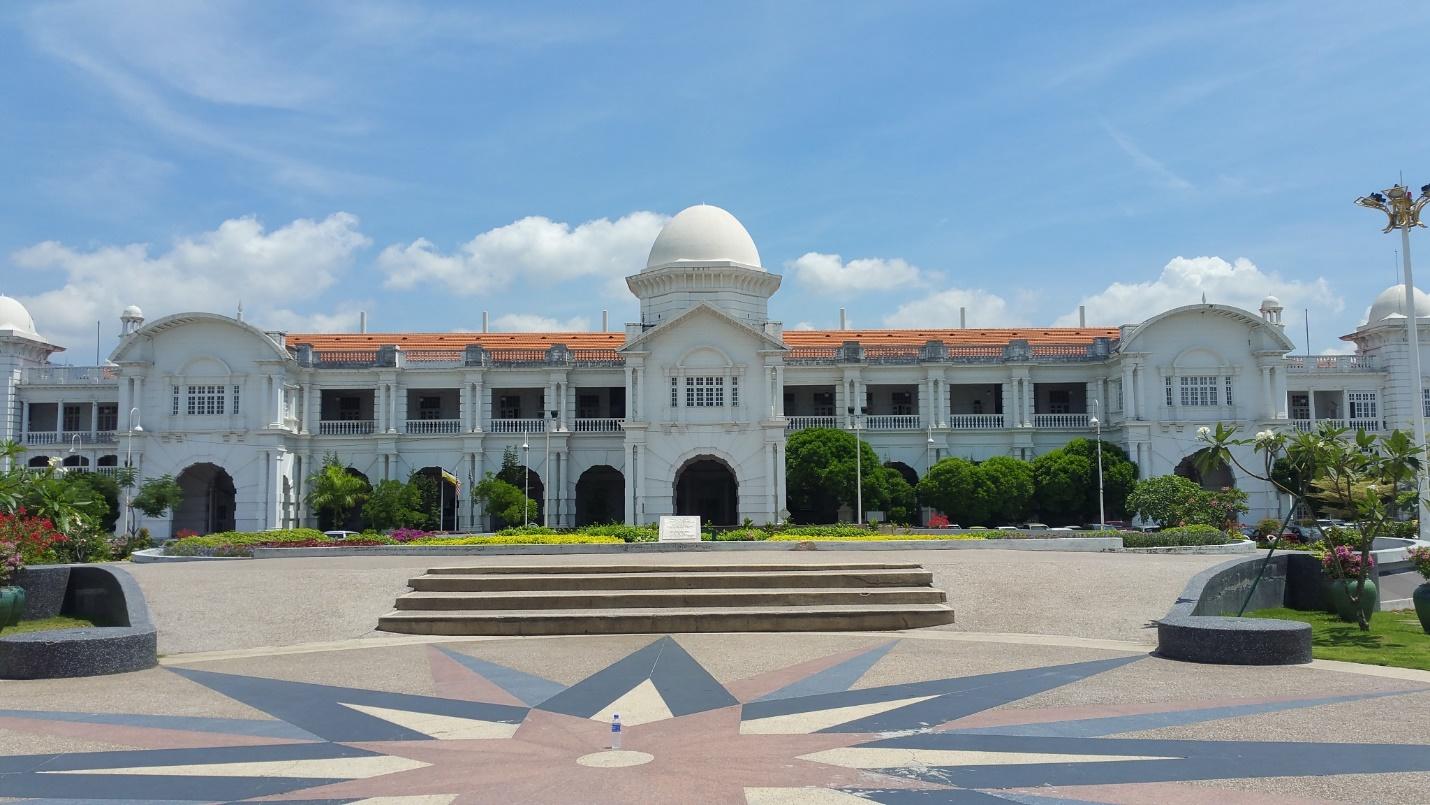 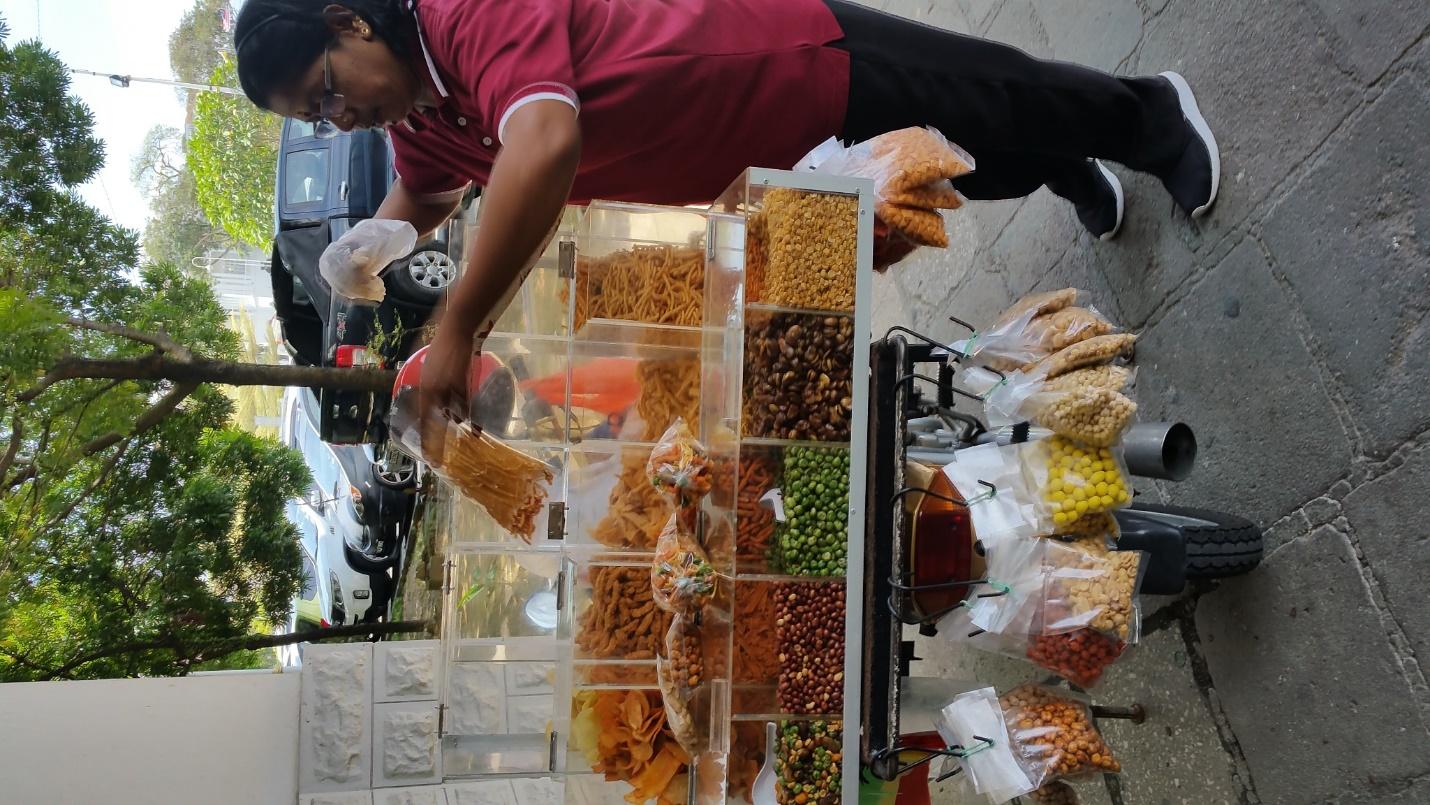